The Raising of a Dead Baby

Francesca the woman in picture below, a member of ALA church came to me in 2004, asking for prayers for her numerous mis-carriages, she had five mis-carriages and could not keep her pregnancies to full term. All her unborn babies did not have a chance at life.

I prayed and she became pregnant again, on the seventh month of her pregnancy she was rushed to her doctor with belly pains and found out that her child had died in her womb.
Her doctor sent her to the hospital to have the baby removed, with great desperation she had her husband call me for prayer, I prayed on the phone for her child to come back to life and suddenly the lord answered my prayers, the child's life came into him again.
He is in the picture below and given the name Elijah. 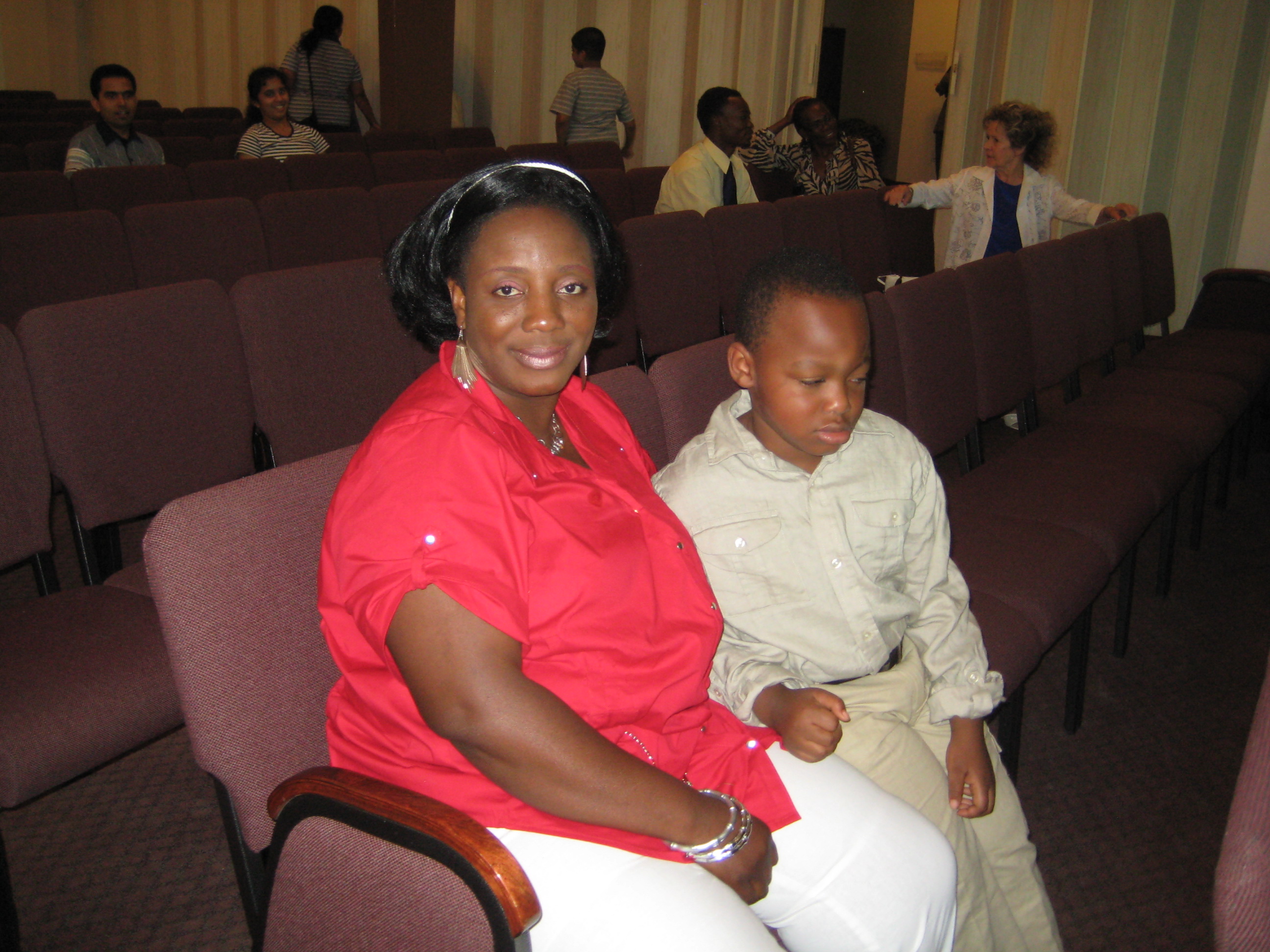 The Raising of a Dead Baby Francesca, Toronto ON

At age 13 my son - Jhawn Luke was diagnosed with a rare blood disorder call I.T.P ( Idiopathic Thrombocytopenia Purpura }with a platelet count of 2. He was admitted to a world renown medical facility in Toronto March 2008. There, he was in the hospital for 3 weeks, where he was urinating blood and also bleeding through his nose and mouth daily.

On Friday morning of the third week the doctors stated Jhawn has exhausted all treatments and concluded that my son will be dead by the end of that night. My husband then got hold of Pastor Ahzard Mohammed and told him of my son's condition. Approx 11:45pm that night Pastor Ahzard called me at the hospital and prayed with me for my son through the phone, through his prayers he sent the word of the Lord and miraculously Jhawn Luke's bleeding and other signs and symptoms disappeared. My son was instantaneously healed!

When the doctors came to see him the next morning they were shocked to see him alive. After looking at him, one of the doctors said " that is impossible, he should have been dead". I said, "no doctor!!! with God all things are possible". I have all the medical reports to prove this miracle. My son is now 17 years of age, alive and in perfect health as seen in attachment below.

Healed of Rare Blood Disorder Indira, Toronto ON
The Raising of the Dead
It was Sunday January 29 2006, I was in Trinidad for a Miracle Crusade, I held two services on that day and at approximately 11:00 pm I returned to my brother's home.

On arriving at his home that night, I found my brother with a high fever, little did I know that same fever would lead to his death. After a long day of travel and services, I decided to rest for the night. While in bed I heard a loud cry for help, I then rushed to the kitchen where I saw my brother lying on the floor. He didn't have a pulse, nor was he breathing at the time, I knew he was dead.

I prayed twice and nothing happened, then I heard the Holy Spirit saying "call him back like Jesus called Lazarus from the grave by name". At that moment while others were screaming and crying out for the loss of their loved one, I had no fear and was full of faith and the Holy Ghost. Standing beside his dead body, I called him by name to come forth in Jesus name and suddenly my brother's eyes opened and he began to breathe again. The next day we took him to the doctor, a complete check up including a CT (brain) scan was ordered and nothing was found, he was raised from the dead and made whole in Jesus Name.

The Raising of the Dead Ahzard Mohammed, Toronto ON

There is no events added yet!